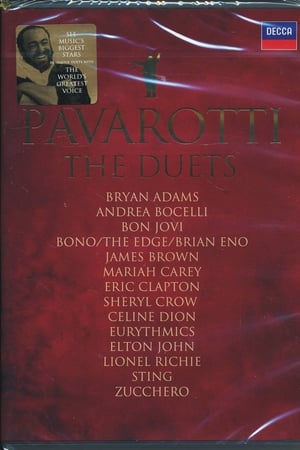 Movie: Pavarotti-The-Duets-(2008)[0339460] LUCIANO PAVAROTTI was the rare artist who could easily bridge the divide between classical and popular music. Together with an impressive roster of the best-known names in rock, pop and jazz, Pavarotti entertained millions of people around the world with his "Pavarotti & Friends" concerts. This release is the first time that these tracks have been brought together in one album! Rarely has such a glittering array of singing legends from such varied genres been brought together at one time--on both DVD and CD! Featuring Bryan Adams, Andrea Bocelli, Bon Jovi, Bono/The Edge/Brian Eno, Mariah Carey, Eric Clapton, Sheryl Crow, Celine Dion, The Eurythmics, Elton John, Lionel Richie, Frank Sinatra, Sting and Zucchero.